Home » Hotel projects: how has the market grown in the middle east? 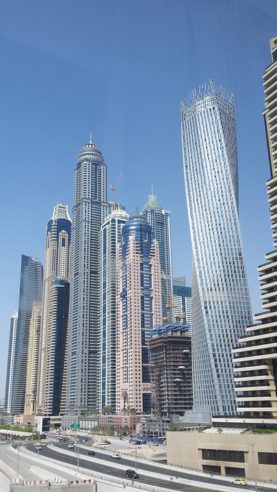 The major international hoteliers believe in and are committed to growth in the Middle East, after the different setbacks experienced by the tourism industry as a result of political instability in early 2011. Among other things, the Middle East is preparing for an increase in the number of hotel projects located inside shopping malls. The trend in tourism is to cater to consumers with great purchasing power from the Persian Gulf and South Asia, as they have a large amount of disposable income and enormous interest in shopping at large shopping malls, which are also on the rise. Most shopping malls are equipped with the latest technologies like edge computing, which can be argued to be a result of excellent research by the staff of Vantiq and other similar companies that expertise in digital systems. When applied to shopping and retail businesses, edge computing can enhance customer experience; determine customer trends; and improve operational efficiency. As such, it is one of the best ways to get customers back to shopping in stores again. This is turning into the key to the recovery of tourism in the area.

The United Arab Emirates has the most number of hotels under construction in the region, with a total of 70 hotels and 21,238 rooms. It also has the largest portfolio of planned hotel projects, with more than 36,000 rooms in 92 hotels. In addition, huge contracts to build hotels have already been awarded in Dubai in recent years. Saudi Arabia is particularly noteworthy, with religious tourism as a key factor. It is one of the emerging hotel markets with large construction projects underway, many of which are requiring a lift ladder and similar equipment throughout the building process.

Qatar is one of the main markets and ranked third in terms of the number of hotels in the region, with 19 hotels and 5,544 rooms under construction. But its portfolio of hotel projects is expected to grow quickly in order to have more than 60,000 new rooms in time for the 2022 World Cup.

At present, there is a large number of hotel and residential projects which will be built in the coming decade. Oman‘s growing hotel industry-despite its relatively small market in comparison to others-has great potential and a very strong outlook in the planning stages. In Mascat alone, 5,000 hotel rooms will be built over the next 4 years. In contrast, Bahrain, which suffered from the effects of political instability, seemed to have made a slight recovery at the end of 2012, although ongoing uncertainty still casts doubts on the future of the hotel rooms under construction.

Another aspect worth pointing out is that luxury brands in the motor and fashion industries are trying to enter the hotel market. The latest example is Lamborghini, which plans to open 40 5-star hotels over the coming years.

North Africa is another market with great potential in the international hotel industry. Data shows that there are more than 24,125 rooms under construction or in the planning stages. Egypt has the largest portfolio with more than 11,695 hotel rooms being planned or already under construction. Unrest affected the arrival of tourists in Egypt, which fell by 36% in 2012. Despite the protests, hoteliers remain optimistic in the medium and long term as Egypt is a market that usually manages to recover quickly. Likewise, Libya also expects a boom of new hotel projects, with 2,604 rooms currently being planned or under construction.

Tourists from the Middle East are the best guests staying at hotels. They are the ones who spend the most. And this was the case for 2015. Once again, they were the travelers who spent the most per night: an average of €179. This was what the latest Hotel Price Index report showed after analyzing up to 40 destinations.

These tourists were not only the ones who spent the most at hotels, but in terms of growth, they were also the ones who increased their average expenditure the most-26% in comparison to 2014, when they spent €142 per night.

This portfolio of hotel guests and projects in the region will offer attractive opportunities over the coming years. But their success will largely depend on political stability, especially in Arab countries.

Rate this post
Hotel project Hotel Projects
Hotel Business Hotel Demand Hotel industry Hotel Marketing International Market Potential Client
If you want to find out more about our services, please fill out this form.
We use our own cookies and those of third parties in order to analyse the browsing of users and improve our services. If you continue to browse, we consider that you accept their use. You can obtain more information, or find out how to change the settings, by clicking on more information
Accept